A rat measuring 15 inches (not including it’s tail) was found living in a kitchen of a Swedish family. The giant rodent had gnawed it’s way into the house between a wooden panel and concrete and was living behind the dishwasher.
The Bengtsson-Korsas family from Solna, a suburb of Stockholm called the pest control when they discovered the super sized beast when they took out the bins. 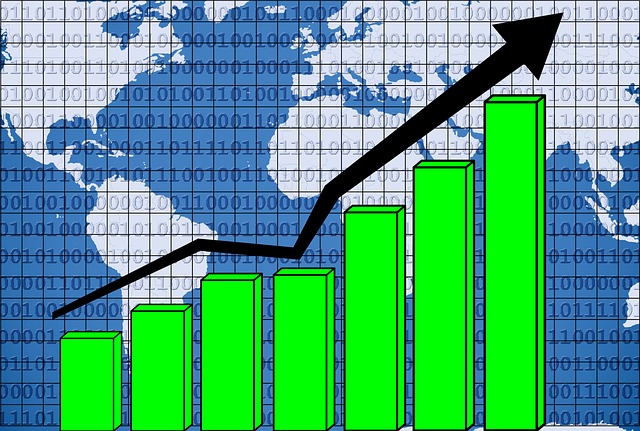 Would you like to add pest control to your list of services? We are a locally company based in Watford that specialise in commercial pest control. We work with many facilities companies already, such as 1st choice,SGP and Pinnacle.

Why not expand your business into the pest control sector.

WOOD WORM TREATMENT
Woodworm is a generic description given to the infestation of a wooden item (normally part of a dwelling or the furniture in it) by the wood-eating larvae/grubs of one of many species of beetle. Whichever type of beetle maybe involved, the principals in treating woodworm are the same. First you have to identify if treatment is need as some heavily infested wood may be rotten and will need replacing.
Woodworm treatment is designed to disrupt at least one of the lifecycle stages of the beetles. The treatment targets the young larvae in the timber. Any eggs and beetles leave in cracks, crevices or holes of the treated timbers will not survive, therefore breaking the woodworm lifecycle.
Our method of treatment is a water based treatment – these are designed to minimise the exposure of people, pets and the environment to chemicals used within our treatments. To assist with long-term protection the solution will remain within the layers of the timber, cracks, crevices and  holes to prevent any future infestations becoming established.

A mother described how her baby daughter was attacked in her cot by a foot-long rat. Lindsey Molyneux went to check on 16-month-old Lolly, who had woken up crying, and found her covered in blood with deep bite marks on a hand. She and husband Michael, 41, then saw the rat scurrying around their one-bedroom flat in Camden. Mrs Molyneux, 30, said it also chewed through Lolly’s pyjama bottoms. She said: “Lolly began crying through the monitor and I went in because I didn’t want her to wake her twin Lily. “She was shaking and I thought she was just having a nightmare. “Then she was sick and as I took her clothes off I saw all the blood. It was gushing out of her hand. We couldn’t figure out what had happened as we have no pets and there is nothing around her bed that could do that. “I called NHS Direct to find out the cause and was on the phone to the nurse when I saw the rat scurry past me. It was massive, about a foot long. I started screaming, ‘There’s a rat’, and my husband filmed it on his phone. “Then he grabbed the broom and I opened the front door. As soon as I did that the rat legged it.” Mrs Molyneux said her GP did not believe the story until she showed him the footage. The couple have since had their flat disinfected and cleaned, while pest control experts from Camden council have laid traps and checked nearby sewers. Lolly received treatment and is recovering well. Pest controllers were unsure how the rat got in but Mrs Molyneux said her front door had been left open for half an hour earlier in the night to ventilate the flat while her husband, an engineer, cooked dinner. She said: “The fact that it bit Lolly is bad enough but there’s also the thought that it was crawling on her. It has got in once and I’m still afraid it can again.” EVENING STANDARD Friday 16th November 2012

An increasing number of Britain’s rats are mutating to become immune to commonly sold poisons, scientists have warned.
Yahoo! News – 17/10/2012

Yahoo! News UK – A plague of mutant rats resistant to most poisons have been found in areas of the UK (Image: Rex)An increasing number of Britain’s rats are mutating to become immune to commonly sold poisons, scientists have warned.
Research from Huddersfield University found 75 per cent of rats in Bristol, Gloucestershire and Wiltshire, had built up a resistance to the poisons. The most serious mutations have affected rats in Bath and Wiltshire. Experts say the rise is down to an incorrect use of poisons, where people have used dosages that are too low. Rats which are resistant to the poison are fattened up by the bait, with survivors going on to mate with other resistant rodents.

This allows a generation of rats that are resistant to existing poisons to build up. Dr Dougie Clarke, head of biological sciences at Huddersfield University, said: “Some pest control companies are still using the same rodenticides -Bromadiolone and Difenacoum – in areas where there are resistant rats and things need to change.
“We’re wiping out the normal susceptible rats and we’re going to be left with resistant rats only in this area so alternatives have to be found so we’re not using these poisons.”
Wildlife experts are also concerned about the risk to other animals -especially cats – which may hunt the rats.
Andy Beddows, a rat catcher from Gloucester, said poison inside the rat could be passed on to animals, including birds of prey, which eat the rodents.
He said: “If you’re putting poison down and it’s one of the mutant strain, if it takes a belly full of rodenticide you may as well be giving it sugar puffs.”
The study aims to survey 25 councils across the country and test samples from 600 rats. So far researchers have tested around 300 rats.
Dr Clarke said that all rats in Gloucestershire, Wiltshire and Bath could be resistant to poisons within 10 years.

Two Berkshire towns plagued by rats which have become immune to poison Two towns in Berkshire are suffering a rise in the rat population because vermin have developed near-immunity to standard poisons, pest control experts have warned. Almost all animals used in laboratories either die in testing or are killed at the end of the experiment Photo: GETTY   2:27PM BST 03 May 2009   The British Pest Control Association (BPCA) is calling on the Government to allow the use of more powerful pesticides to contain Britain’s growing rodent population. It is estimated that their numbers have swelled by 13 per cent in the past year to more than 50 million, one for every person living in England. Infestations in some towns and cities have reportedly doubled in the past 12 months. Exeter council has seen a 66 per cent rise in vermin call-outs in 2008, while there was a 40 per cent rise in Salford. The BPCA says the situation has also escalated in two Berkshire towns, which it has not named, because the local rat population is now almost completely resistant to the standard poisons. Oliver Madge, chief executive of the BPCA, said: “We are very concerned about this from a public health point of view.” A Freedom of Information request found Reading Borough Council tackled 428 rodent infestations in homes between April 2008 and January 2009, and 646 between April 2005 and April 2006. Local newspapers there have reported that the town’s ratcatchers are so busy they are facing a three-week backlog. The association will hold talks with the Department of Health this week about what can be done to control the vermin. Pest control experts want the law changed so that two powerful rodenticides, brodifacoum and flocoumafen, can be applied outdoors. Currently their use is only allowed inside properties. Other EU countries allow the use of the powerful poisons outside, but there is concern this endangers birds and pets. Rats and mice are capable of spreading more than 35 diseases, including a fever inducing nausea and muscle aches passed to humans either via a bite or the rodent’s urine. Years of mild winters and wet summers have helped to their population to multiply, as well as the increase in recycling. Mr Madge said: “We are encouraged to recycle, but the rats tunnel under compost and they find it’s nice and warm and they have food.”   From the: The Telegraph on wednesday 10 october 2012

Bed bugs can live anywhere as long as it is cloth, wood and paper. They are usually found on bedrooms for them to feed themselves at night. They are found in cracks and crevices of bed frames.   Preparation What you need to do before treatment begins: Remove all bed lining and clothes and wash all at a temperature of at least 60c and place in a sealed plastic bag. Non-clothing items such as shoes, papers, books, suitcases, wooden hangers, DVD’s and CD’s must also be removed and placed in clear plastic bags.     Any stuffed toys must be tumbled dried at a high heat. Empty all draws and cupboards to make inspection and treatment easier. The better the preparation the more effective the treatment!!   TREATMENT We start by doing thorough inspections of all rooms; this begins with the bedroom and bed. We did a detailed search looking for the signs of bed bugs in all areas. The treatment begins with a water based chemical spray, all cracks and crevices will be treated. Areas where it is not possible to use a water based spray other methods will be used such as aerosols, steam and powders will be used. We recommend any heavily infested beds or mattresses are throw out and burnt if possible. After treatment has taken place do not enter room(s) for at least 1 hour and do not enter rooms that are being treated as the technicians are using chemicals that could be harmful to your health. We recommend a follow up treatment in 2-4 weeks after treatment has taken place.  All our technicians are professionally trained and BPCA qualified.  For a quote please call us on: 01494 410880 or 01923 205756

Picking are slim for many during the economic downturn but not it seems for rodents. As an increasing number of cash-strapped councils have been forced to cut back on weekly bin collections in the past five years, more than a quarter of households say they have noticed a rise in vermin.  One in five homes has been damaged by rodents, such as rats or mice, and pests causing £500million of damage.
The most common was vermin chewing through cables. “The dangers of ignoring a pest problem can be devastating,” said LV home insurance, which commissioned the research.
METRO Friday February 24 2012